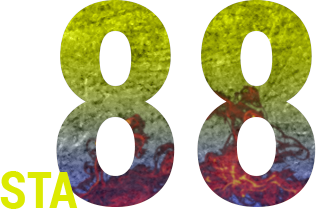 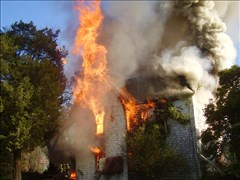 When the insurance adjuster came after the big fire of February 13, 1916, he recommended to the town board that they purchase a chemical cart which would put out seventy-five percent of the average fires.

The town board did not act on this recommendation until May 6, 1919 when they purchased the first piece of fire fighting equipment for the town of Selbyville. This was three years after the business section at the corner of Main and Church streets was completely destroyed by fire. This purchase consisted of a two-wheel cart with forty-five gallon chemical tanks, hose, nozzles and a fire bell. It had a tongue and was pulled to and from the fires. It was an interesting spectacle to watch our local men pulling this cart up and down the streets.

The two chemical tanks were operated by two individual hand pumps somewhat like a water pump. This piece of equipment cost approximately $300 and was owned and operated by the town board. Mr. Charles J. Baker was in charge of operations until February 28, 1920 when David Hollingsworth was elected Fire Chief by the town board. This board hired Mr. Robert Hill and Mr. Johnny Daisey to build a small fire house on east Church Street near the barn of W.R. McCabe or about where J. Conn Scott's Furniture Store now stands. This equipment was used until 1923, the year that the town installed a water system.

On January 6, 1923, the young men of the town saw the need for better fighting equipment so a small group of them had a meeting and organized the first "Selbyville Volunteer Fire Company." Many of these men were World War I veterans and had previous fire fighting experiences while in the army maintained fire departments.

The first officers of the company were John A. Tubbs, president; Armel Hudson, fire chief; Spencer Tunnel, secretary and treasurer Will Burch. They bought some hose and nozzles but did not have any way to carry them around. The Georgetown Fire Company, who was fortunate enough to get a new truck heard of the need and Mr. Ollie Farlow of the above company gave our fire company an old two wheel hose cart on which the hose could be loaded and pulled or towed to a fire.

By this time they said the old chemical cart was a thing of the past and disposed of it and also sold the first fire house to Mr. Joshua Murray. He moved it to his home on main street and was still using it as a one car garage until the time of his death.

The problem of carrying ladders, buckets and other equipment arose so the town board agreed to purchase the fire company a Model T-Ford truck from Townsend and W.G. Williams for $427.90 and pay for ten rain coats and ten rain hats to be purchased from the local merchants as follows: F.W. Holloway & Co. $98.57, G.A. Stevens $25.58, Selbyville Producers Association $9.70. The company then had a home made body and racks built on this truck

The end of Mr. Robert Hills; pigeon house which then stood in back of the Red Men's Hall was rented and converted into a temporary fire house. After this task was completed the ten original members saw the need for more manpower and expanded their membership.

In 1925 the company traded the Ford truck for a new American LaFrance fire truck on a Brockway chassis, fully equipped with hose, ladders, three-hundred fifty gallons per minute pump, chemical tanks, and hand extinguishers at a cost of approximately $6,500. This truck later acquired the name of "Old Kate."

On January 11, 1929 the Selbyville Volunteer Fire Department was incorporated. The following year, March 1930, the company bought a lot on Duke Street between Mr. Raymond Morris and Miss Callis Coffin from Mr. Homer H. Pepper for $600. On May 8, 1931 a contract was given to Selbyville Mfg. Company to build a new two story brick fire house. The building was completed in 1932 costing approximately $10,000.

During 1937 the members saw the need for new and additional equipment. They also saw the need of carrying enough water on the truck to put out a small fire or keep it under control until they could get the pumper connected to an adequate water supply. To solve this matter they bought a new "Buffalo" fire truck equipped with the addition of a two hundred seventy-five gallon water booster tank and booster hose for approximately $8,000. After using this equipment for about five years and seeing the number of properties saved from fire destruction while carrying a small load of water, they decided their next new truck would be much more effective on rural fires if it carried a capacity load of water. To fit these needs an Oren fire truck was purchased in 1942 for $10,000. It carried one thousand gallons of water with these two trucks carrying a total of one thousand two hundred and seventy-five gallons of water our firemen have saved the town and rural communities thousands of dollars from fire loss.